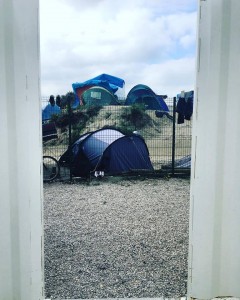 Following up on the announcement by the French authorities of the imminent closure of the Calais migrant camp, Ms. Anne Longfield, Children’s Commissioner for England, Ms. Geneviève Avenard, Children’s Defender for France, Mr. Bernard De Vos and Mr. Bruno Vanobbergen, the Commissioners for Children’s Rights of the French and Flemish communities in Belgium, carried out on 13 October 2016 a joint visit to the Calais camp to seek guarantees that all children living in the camp receive appropriate and safe accommodation prior to its closure. The Commissioners estimate there are approximately 1 291 children, most of them unaccompanied, living in the camp with about a quarter eligible to be settled in the UK.

While the four Commissioners backed the camp’s closure because of its unsanitary conditions and high dangerousness leaving children exposed to traffickers, all four of them called on French authorities to put in place, prior to its closure, robust measures protecting all children living in the camp in terms of safe accommodation, appropriate living conditions and clear plans for their future. The Commissioners also urged competent authorities to identify and urgently process the applications of those children with rights to go to the UK and to make sure children are brought to the UK safely.

See more information on the subject: