“AUSTERITY BITES: Children’s Voices” is a new media resource which forms an exhibition composed of 32 films, realised with the support of the Council of Europe and the assistance of ENOC members and Ombudspersons for Children’s offices in Greece, Italy, Belgium (Flemish), Belgium (French Community), Netherlands, Scotland, England and France.

“AUSTERITY BITES: Children’s Voices” is a creative participation project engaging with 36 children and young people from eight principalities to hear from them what aspects of the austerity crisis are affecting their lives and the realisation of their rights. The voices of children and young people are represented through a number of short audio and visual films created from still and moving images and audio representations of their experiences and views. It provides children with a channel to express their views through the creation of their own short films and animations.

The 32 films were combined to form a unique maze-like, multi-screen exhibition shown for the first time to ENOC members and other participants during the ENOC 2014 Annual Conference in Edinburgh

An exhibition tour was organized in order to give further life to the project and to the voices of children. A second exhibition was organized in Brussels, by the General Delegate for the Rights of the Child of Belgium (French Community) in collaboration with the Children’s Rights Commissioner of Belgium (Flemish). Other ENOC members used or will use the films for events in their own countries, such as Northern Ireland, Italy, Catalonia (Spain) and Greece.

The children and young people’s stories
in digital format 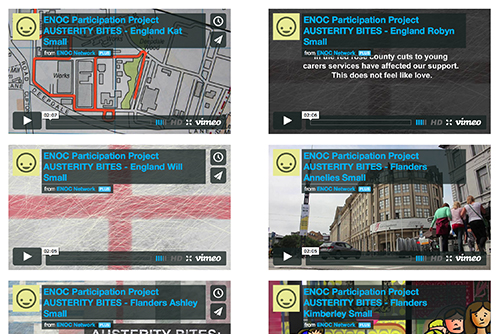 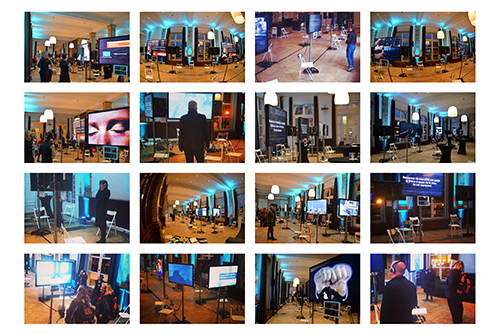