ENOC 2017 Position Statement on a “Comprehensive Relationship and Sexuality Education: the right of children to be informed” released

On the occasion of ENOC’s 21st Annual Conference and General Assembly meeting held on 19-21 September 2017 in Helsinki, Finland, ENOC members unanimously adopted a position statement on “Comprenhensive Relationship and Sexuality Education (CRSE): the right of children to be informed“. 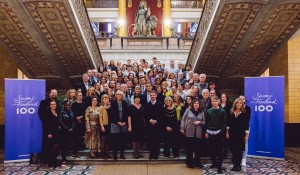 In parallel and on the same subject, young people participating in the ENYA 2017 “The Road to RIO-Respect, Information, Opinion: Exploring and empowering youth identity and relationships” child participation project, developed 10 recommendations that have been added to Ombudspersons for Children’s recommendations as integral part of  ENOC’s 2017 position statement.